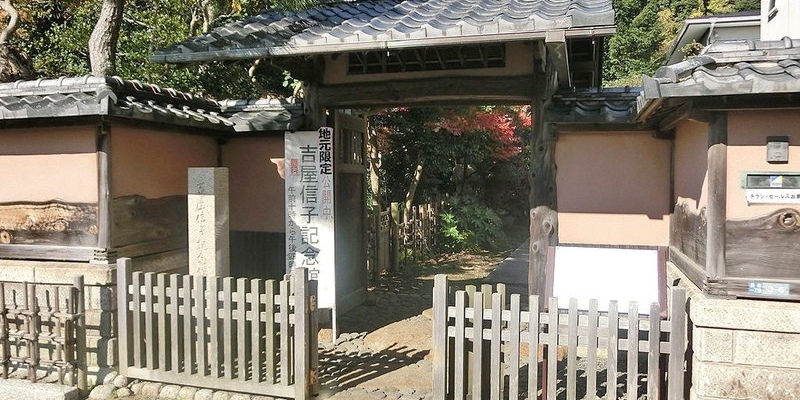 There is an ordinary building in Kamakura, Japan, that used to belong to an extraordinary woman. Nestled among elms and red maples, the house is an oasis, resembling a traditional teahouse in the Sukiya style characteristic of Kyoto’s 16th-century imperial villas. Now it is a memorial and museum dedicated to its former occupant, prolific Japanese novelist Nobuko Yoshiya.

The Yoshiya Nobuko Memorial Museum is unusually hard to visit, but if you manage to make it inside, you will see a small arsenal of memorabilia from Yoshiya’s life: first-edition books, handwritten manuscripts, photos, and some of her original furniture. But the real allure is the house itself, preserved just as it was when Yoshiya died in 1973—including the study where she penned the novels that made her one of 20th-century Japan’s most successful writers.

Yoshiya never married; instead she lived with a female partner, Chiyo Monma, for 50 years. Despite a life lived against the grain, Yoshiya became one of Japan’s most beloved artists. She published feminist stories that focused on the strong emotional and romantic bonds between women—one with the notable title Danasama muyo (Husbands Are Useless)…

This site uses Akismet to reduce spam. Learn how your comment data is processed.